Develop a 2-megawatt solar plant in Spanish Fork on abandoned landfill property a few blocks north of Walmart. The 10-acre landfill site is several decades old and the property is unusable for commercial development. This will become an ideal site within the growing industrial and commercial park on the north end of town.

Customers can keep their subscription for up to 25 years. If they move to another city within UMPA service territory, their solar blocks go with them.

Customers will be able to subscribe in 1 kilowatt (kw) block. Each 1 kW block will generate approximately 200-kilowatt-hours (kwh) of energy. An average size home uses about 750 kwh per month. Energy produced by the panels will be absorbed within the Spanish Fork’s electrical system. The energy produced will then offset usage on the customer’s own energy bills.

Once enrolled, if a customer changes their minds, the customer will have 90 days to cancel their subscribed blocks. After that, there will be a small administrative fee to cancel the service. However, this approach will be significantly less than removing solar panels from your house or business.

More details to come. Please submit your name as a potential customer of this new program.

Construction is expected to start later in 2018. We expect the project to be operational by next summer in 2019.

Update on the Shared Solar Project

This project is a priority for UMPA.  We continue to work on its many tasks and offer the following update.

The site has been selected and it will be located east of the new hospital, north of Walmart and behind the new Lowes building in Spanish Fork.  We have approximately 20 acres of useable land for solar panels. The site is an abandoned landfill and is an ideal location for solar generation.

The site is currently being used for civil groundwork, stockpiling and excavating for the new Lowes.  It is expected to become available for UMPA to take over and begin the necessary site work for the project.  The following is a list of site work and tasks planned for the project:

UMPA has been working with a number of solar developers willing to build and operate the project.  Once the exact size of the useable land for solar is defined, UMPA will be seeking proposals from multiple developers.  UMPA will then select the most favorable developer (cost, production and qualified), and followed by a contract to do the solar installation work.  UMPA expects the procurement of materials and construction to take 4 to 6 months.  UMPA is expecting about 4 MW of Solar from the site.  The solar project will be interconnected into Spanish Fork Power.

Once the cost for the solar is determined, the final shared-solar rate for residential and commercial customers will be set by the UMPA Board of Directors. UMPA already hired a rate consultant to define the additional costs to the solar rate which covers the wheeling the power to the homes and businesses, backup services, and administrative cost for the shared-solar program.  In the end, we expect the rate for this project will be very competitive with roof top solar and offer a future sustainable and renewable option for customers.  We expect to have the rates published as soon as we have contracted with the solar developer ahead of the completion of the project.

Once we have the published rates, we will begin marketing and signing up customers.  Hopefully this will start before February 2020.

Please check back with us in the coming months for more updates.

What Is Shared Solar?

We are developing a new community solar program for our customers called SharedSolar. We want to support customers who want renewable power and own solar panels but for many reasons, there are unable to participate in rooftop solar. Many households and businesses do not have access to solar because they rent, live in multi-tenant buildings, have roofs that are unable to host a solar system, or experience some other mitigating factor.

Our community solar or SharedSolar program will provide homeowners, renters, and businesses equal access to the economic and environmental benefits of solar energy generation regardless of the physical attributes or ownership of their home or business. This program will expand access to solar for all, including in particular low-to-moderate income customers most impacted by a lack of access, all while building a stronger, distributed, and more resilient electric grid.

SharedSolar program will allow multiple customers/subscribers to receive credit on their electricity bills for their share of the power produced from the community solar project.

Have you ever wanted to save money and the planet by participating in the solar power movement? But maybe you don’t have a lot of loose cash to invest or maybe you rent an apartment or live in a condo where you could not possibly install your own photo-electric array?

Good news: the Utah Municipal Power Association (UMPA), which supplies electricity to Provo, Spanish Fork and several other cities is working on setting up a community solar project.

Community solar is a system where customers can buy some part of a large “farm” of solar panels. That allows them to get the benefits of renewable energy without having to install solar panels on their own roof or yard.

It will be a real breakthrough for everyone who would like to “go solar” and want ownership beyond what is offered through programs like “SelectGreen.” With community solar, you will buy a panel or two or maybe twenty and save money in the long run.

Details are being worked out, but you will be able to buy one or many more panels and have the electricity they produce reduce both your power bill and your carbon footprint.

Stay tuned for more information on this later. 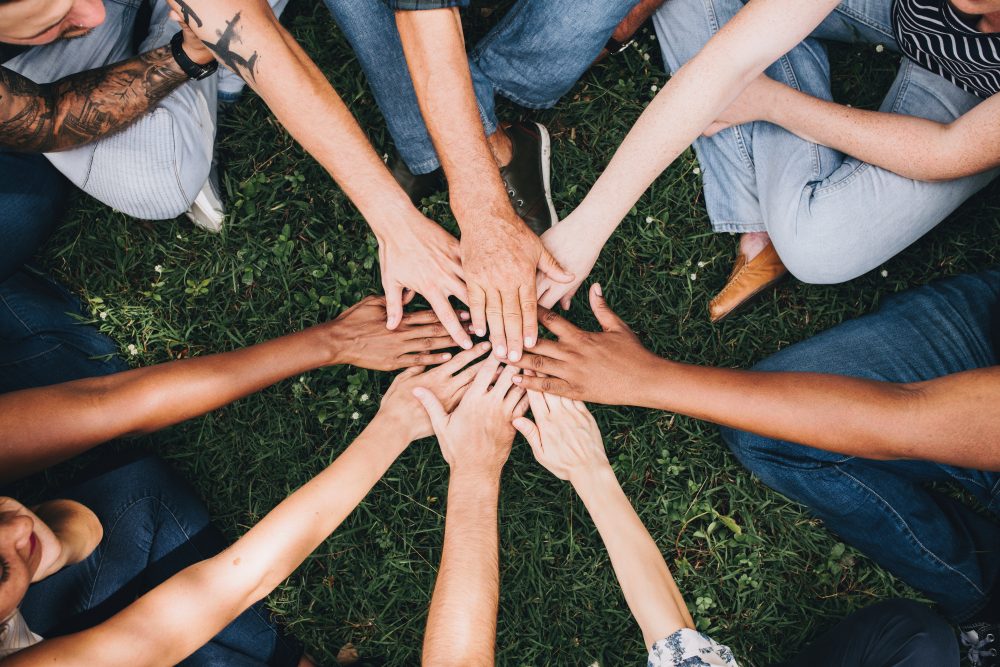 As a newly elected Mayor, I am pleased to belong to the UMPA organization that can work with our local electric utility to offer choices to the electric customers in my town. UMPA is developing a community solar project in Spanish Fork to allow the customer to buy an ownership share of the project. The production of energy from the solar panels will be able to offset the customer’s electrical usage at their homes. We think this will be a good product for those interesting in wanting solar and not wanting to put it on their rooftops. There are more details to come on this exciting program.

We have been working on developing community solar for a few years. I am looking forward to the time it will become a reality so that we can offer it to our customers. Clean and renewable power is important to Salem. This program will give customers the choice to participate by buying shares into the new community solar program. It will give our customer an option for those not able to have rooftop solar.

It is a voluntary program for customers to participate in the renewable solar movement in supplying their energy needs by joining with others in supporting and building a solar project. As public power, we need to expand access to solar power for renters, those with shaded roofs, poor rooflines, lack of structural support and those who choose not to install a residential system on their home for financial or other reasons.

The secondary goals met by many Community Solar projects include:

WHERE WILL THE SHAREDSOLAR PROJECT BE LOCATED?

SharedSolar is planned to be located on about 10-acres of an abandoned landfill in Spanish Fork. It is a great location since the land is undevelopable for commercial means and is located next to an electrical substation.

DO I HAVE TO PARTICIPATE?

No. This is a voluntary program for customers. All the cost associated with the program are to be covered by those enrolling into the SharedSolar program. Electric rates to other customers will not be affected by this program.

HOW DOES THE SHAREDSOLAR PROJECT WORK?

Customers located in Levan, Nephi, Manti, Provo, Salem and Spanish Fork will be able to participate in an affordable and convenient way to meet their electricity needs with locally generated solar power without having to install rooftop solar panels. Customers can buy some or all of their power from a new solar plant and reduce their energy use from conventional sources.

WHAT ARE THE BENEFITS OF PARTICIPATION?

This program offers customers a new choice to directly benefit from solar – especially those who cannot afford to buy solar panels, don’t want to maintain solar panels or whose roof orientation is not suited for solar panels and traditional net metering.

High-use residential customers could save money with this program incurring high-tiered pricing during those peak months.

Since this is a new program, all of the terms and conditions are not fully developed. More details will be coming in the next few months.

Current Net-metered customers are exempt from enrolling in SharedSolar.

There will be a small termination fee for those cancel after participating in the program to cover the administration costs.

HOW MUCH DOES THE PROGRAM COST?

The cost of the program is unknown. We are still developing the project and negotiating the project costs. We expect that this will be defined in the coming months. Our goal is for this program to be competitive alternative to rooftop solar or net-metering and be accessible for all interested customers.

We expect that customers will be able to buy solar blocks in 1 kilowatt (kw) increments and expecting to produce approximately 200 kilowatt-hours (kwh) per month.

Depending on your level of interest for renewable power, you can elect to supply a portion or all of your electricity needs from this program. Working with customer service representative, we can help advise you based on your historical consumption. Simply choose the number of solar blocks (1 kw/200 kwh block) you would like and let us do the rest. Even substituting some of your monthly energy usage for one block of solar energy can make a big difference in reducing your carbon footprint and supporting sustainable energy generation.

Congratulations! You’ve made a great step to help clean our air! Your form has been successfully submitted and you will be contacted by your utility within three business days

THIS IS A TEST